IOS 15 email privacy update – what is it, and what can you do about it? 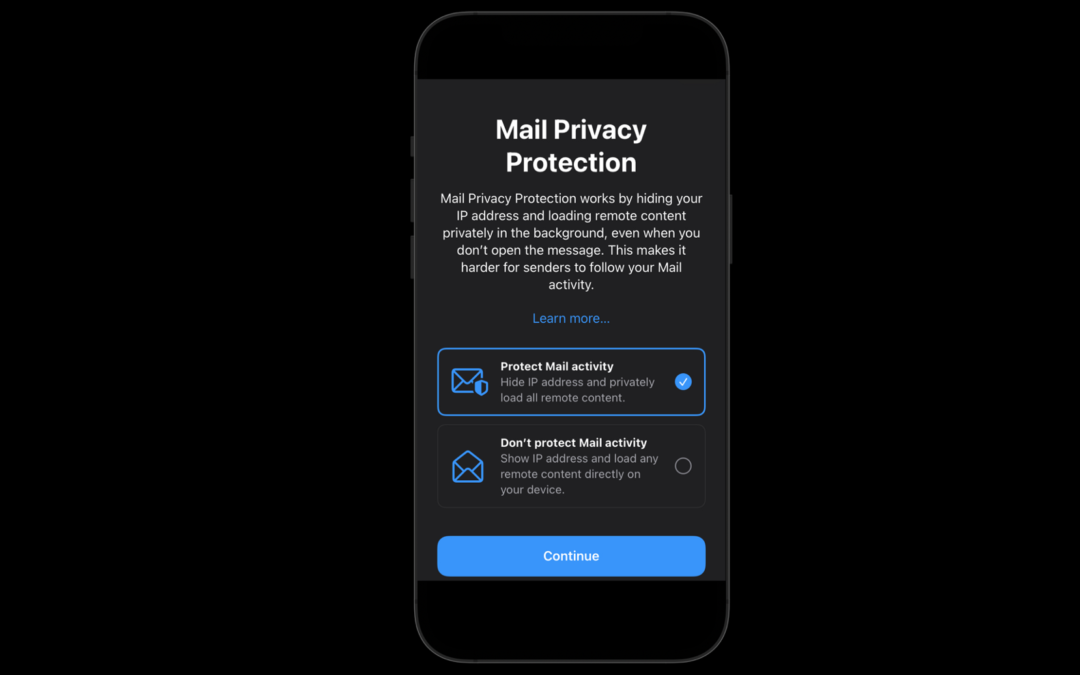 Those of you with their ears close to the email marketing grapevine will probably already be aware of Apple’s upcoming IOS update, which will introduce a whole new level of ambiguity for email marketers the world over.

The IOS update (roughly scheduled for September –> November 2021 release) will introduce a host of new email privacy features which will be affecting email marketing platforms (Kulea included) and severely impacting your reporting capabilities.  In short, when the new changes go live, Apple users will be able to…

How likely are users to take advantage of these features?

Well, Sparkpost, the world’s largest email sender, suspect that due to Apple’s aggressive roll out  >90% of user will opt into the email privacy setting.

This means that dynamically generated email content based on IP address, such as weather forecasts and local news, will stop working off the bat, but more importantly, open rates will be massively affected.

Recent tests have shown that rather than blocking email opens, Apple’s caching servers are actually doing the opposite, and are firing the email open tracking pixel of every email that it receives, thereby generating false open events for ALL emails.

Even more concerning is that email recipients don’t even have to be using Apple mail for these events to be fired.  If they have ever configured Apple Mail in the past, their emails will be “opened” by Apple.  That’s right, even if you’re using Gmail to read your emails, Apple mail’s servers will still be generating open events for you mail, and Sparkpost believe that this scenario will encapsulate >30% of the world’s emails!

So, are you affected by the Apple IOS 15 email privacy update?

If you rely on email opens for reporting purposes, then you’re affected.

If you have automations that are triggered by email opens, then you are affected.

If you use IP for targeting or personalisation of email content, then you are affected.

In short, if you’re an email marketer, you are affected.

So, what can Kulea customers do about the Apple IOS 15 email privacy update?

If you’re using either our “opens a specific email’ or ‘opens any email’ trigger in the journey builder, then you need to ask yourself, is this an appropriate trigger to still be using?

Lead scores could now be disproportionally awarded to Apple IOS 15 users, and email recipients could be inadvertently sent on journeys which they haven’t actually qualified for.

Rather than using the email opened trigger, we advise passing the engagement down the line, and using more concrete engagement triggers, such as link clicked, or landing page/web page visited, to demonstrate contact engagement.

Apple aren’t applying the IOS 15 email privacy feature evenly across all emails (at this point in time, anyhow), so whilst one campaign could have all emails opened by Apple, your next one could be completely unaffected.

This makes it particularly challenging, as whilst some consider open rates to be a vanity metric, the value they provide as a bench mark, both against your own internal campaigns, and also against industry best practice, is invaluable.

We do however expect Apple to start applying the feature consistently once it goes past beta stage, which should help level the playing field. We may of course end up excluding ALL Apple opens from reporting, but we’ll let you know way in advance before we make that call.

Once launched, any engagement metrics based on open rates will become redundant, so now’s the time to get your ducks in a row.

We strongly recommend A/B testing your subject lines now for your core email journeys as that data will be invalid from Autumn onwards.

Now is also the right time to apply some data hygiene best practice.  Cleanse contacts that haven’t opened any of your emails in the past 6 months, as from Autumn onwards you’re going to find that a good number of those zombie contacts get incorrectly reanimated by Apple’s update.  Do this now, rather than risk contaminating your data later down the line – just reach out to your account handler.

Current evidence suggests that emails sent to a recipient who has their email address hidden will generate a hard bounce event.  This will obviously affect our auto-archiving feature, and we’re currently working with Mailgun to ensure that these particular contacts aren’t archived or reported as bounced.

We’ll be keeping a close eye on the roll out, and looking at any technological fixes we can put in place to mitigate the effects of the IOS 15 launch, so please watch this space.